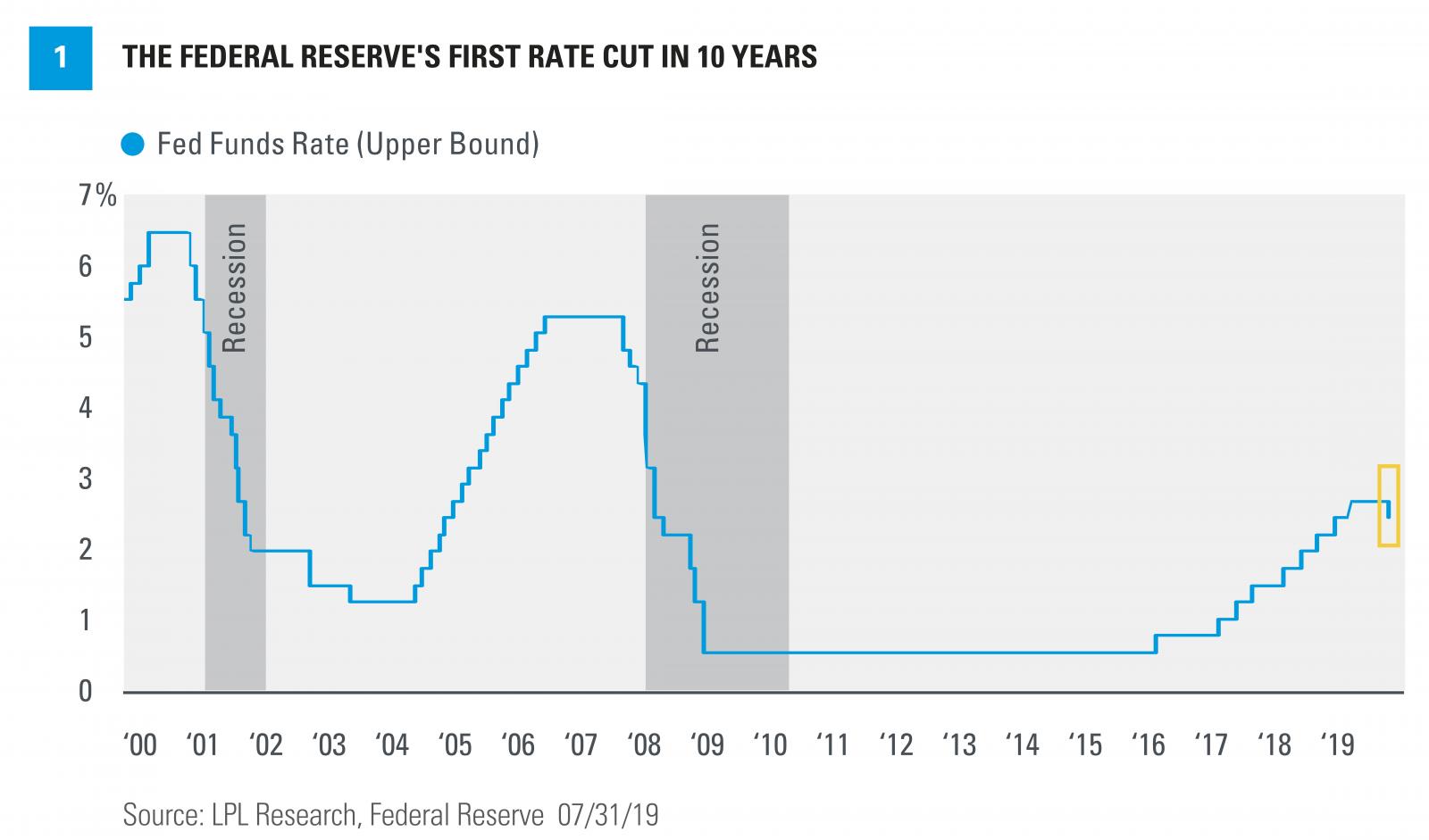 Rate cuts have been a sobering reality in investors’ short-term memories, as the Fed resorted to a series of rate cuts to get the U.S. economy out of the depths of the financial crisis in 2008–09. The economy is much different now—in strength and in structure—so it has been difficult for investors to understand the Fed’s intentions in this decision.

Thoughts on the Fed Rate Cut

The Federal Reserve (Fed) announced a 25-basis point (0.25%) rate reduction July 31. As shown in the LPL Chart of the Day, The Federal Reserve’s First Rate Cut in 10 Years, the rate cut was the first since the 2008 Financial Crisis. The Fed also said it would end its asset sales on August 1, instead of in October, in order to align its balance sheet and rate policies.

Rate cuts have been a sobering reality in investors’ short-term memories, as the Fed resorted to a series of deep rate cuts to get the U.S. economy out of recession 10 years ago. I

The Federal Reserve (Fed) is likely to start an easing cycle this week, which has several investment implications. We have written a fair amount about the Fed’s U-turn in policy stance this year, including last week’s Weekly Market Commentary. That reversal from raising rates to presumably lowering them will become a reality if the Fed cuts rates at this week’s policy meeting, which concludes on Wednesday, July 31. Here we look at some potential asset allocation implications from this monetary policy transition.

It could be a momentous week for U.S. monetary policy. The Federal Reserve (Fed) is expected to cut its policy interest rate for the first time in 10 years on July 31, the last day of its next policy meeting [Figure 1]. 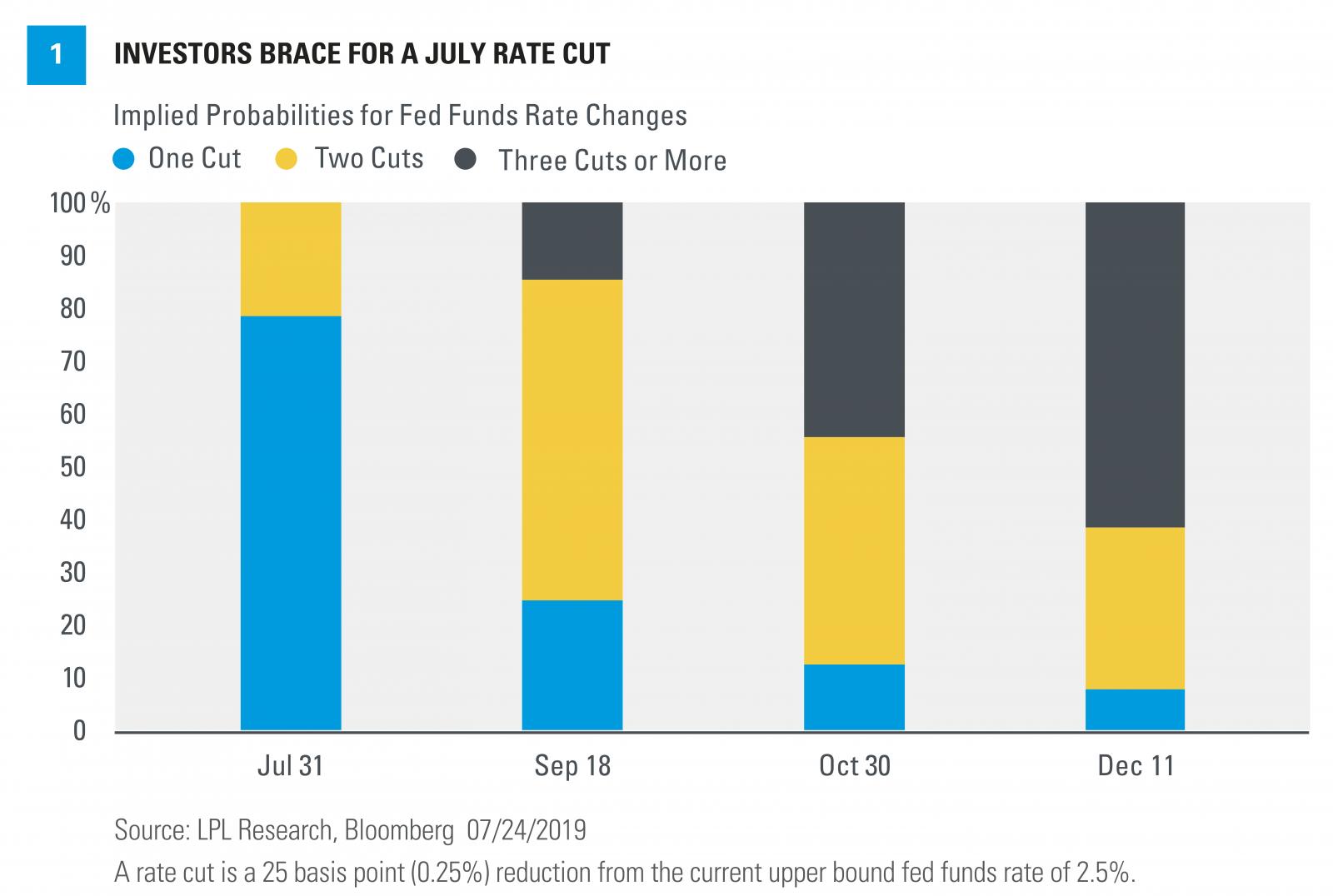 The Fed has strongly hinted toward a rate cut at this meeting, even prepping investors for this decision with a language shift at its June meeting. Still, this is uncharted territory for much of Wall Street, as well as the current set of Fed central bankers.

There is a debate among investors about how much the Fed will adjust rates in its inaugural cut. Fed fund futur