The S&P 500 Index is very close to our year-end target of 3,000. The S&P 500 is up nearly 20% year to date and, after first closing above our year-end fair value target range July 12, it now stands less than 1% from our target [Figure 1]. Now that we’ve reached our target, is it time to sell? Here we provide some context for our stock market forecast to help explain why we haven’t raised our fair value target or recommended investors reduce their equities allocations. 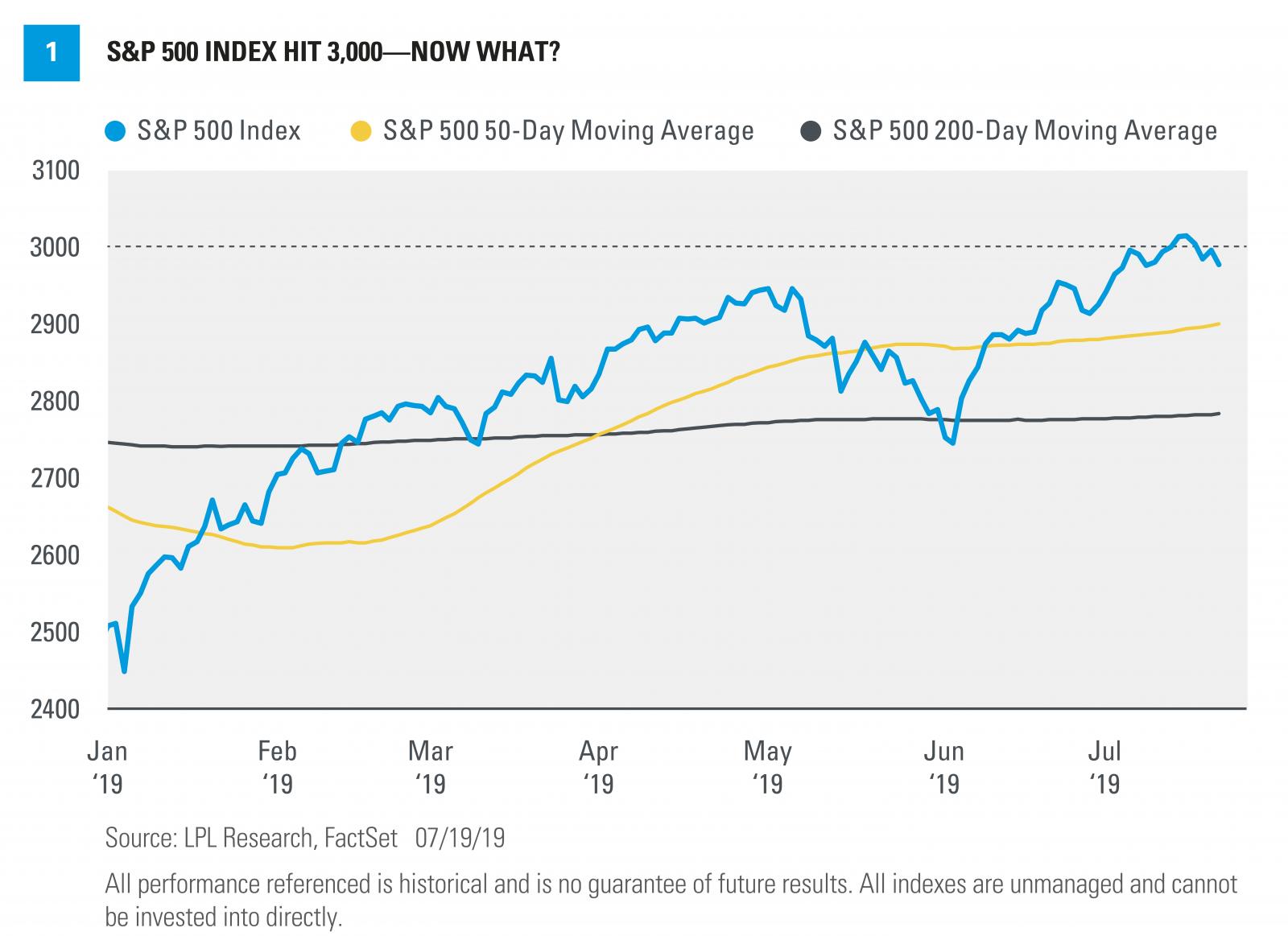 In late March of this year, we lowered our equities recommendation to market weight. This change was an acknowl

U.S. economic growth lately has been squarely on consumers’ shoulders. Consumer spending likely added about 2.8% to second quarter gross domestic product (GDP), according to the Federal Reserve (Fed) Bank of Atlanta’s GDP forecasting model. At that rate, the consumer’s contribution to GDP would be the highest for any quarter since the end of 2014.

Still, when the GDP report is released July 26, we may see that overall growth last quarter was 1.6%, the slowest since the beginning of 2016. Consumer activity has meaningfully lifted growth, but projections show other parts of the economy withered. The makeup of grow

Second quarter earnings season gets rolling this week. Consensus estimates are calling for a modest year-over-year decline in S&P 500 Index earnings amid the downshift in U.S. and international economic growth, tariffs, and ongoing trade tensions. Quarterly earnings almost always beat quarter-end consensus estimates — this quarter will likely be the 41st in a row to do that — so we expect a slight year-over-year gain that would continue the stretch of consecutive quarterly earnings gains since the 2016 earnings recession [Figure 1]. Nearly 60 companies will report this week (July 15 – 19). Here we preview second-quarter

Financial markets are focused on U.S. monetary policy, but the Federal Reserve (Fed) is only part of the story. Central banks around the world are embarking on a marked policy shift as trade tensions pressure the global economy and government becomes more intertwined with policy decisions. Global monetary policy is still historically loose, but policymakers abroad are searching for alternatives to jump-start growth, with no trade resolution in sight [Figure 1]. 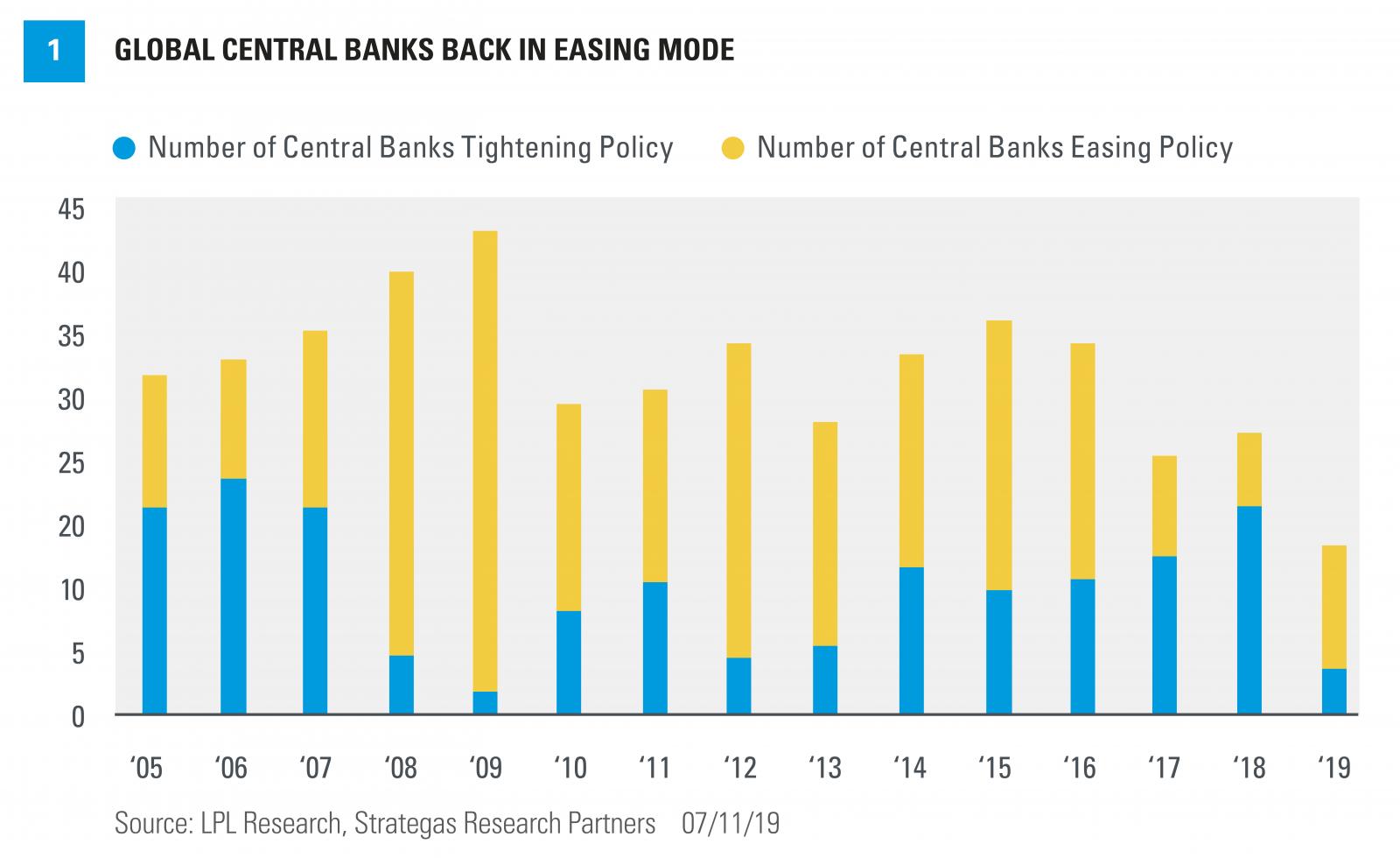 The Fed’s policy shifts this year have been the most watched, as the U.S. central bank dictates monetary policy for the world&rs